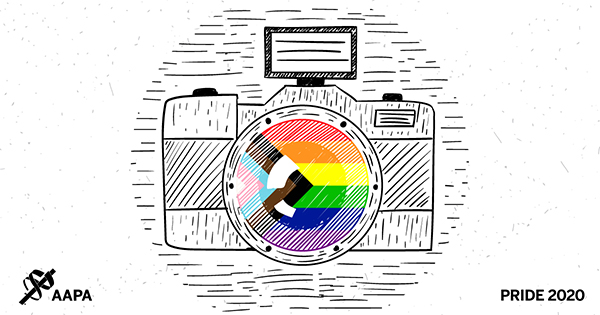 AAPA is observing LGBTQ Pride Month through an intersectional lens this year, as this occasion falls during a renewed racial justice movement.

Pride Month commemorates the 1969 Stonewall Uprising, which began with a police raid of the Stonewall Inn – a meeting place for LGBTQ+ people in New York City. The raid sparked days of protests, initiated by transgender women of color, and served as a catalyst for the modern-day LGBTQ+ rights movement.

Even as Pride Month celebrates more than 50 years of progress toward equality and justice for LGBTQ+ people, members of the transgender community – particularly Black transgender individuals – are disproportionately experiencing violence, discrimination, and other inequities.

The LBGT PA Caucus is among the constituent organizations affiliated with AAPA.

“The Caucus is committed to a future with a healthy sexual and gender climate and eliminating health disparities for all members of the LGBTQ+ community, particularly Black, Indigenous, and people of color,” said Mia McDonald, PA-C, president of the LBGT PA Caucus. “We cannot create that climate without addressing the systemic racial inequality, prejudice, and discrimination within our country. This is the most pressing issue in our continued efforts for equality.”

[For this Lesbian Physician Assistant, Being Out is Essential]

This month’s Supreme Court decision ruled that sexual and gender minority employees are protected from employment discrimination under the existing civil rights law. This is a significant step toward equality for LGBTQ+ PAs and the LGBTQ+ patients that PAs serve.

AAPA’s organizational values include equity: We have committed to “seek to eliminate disparities and barriers to quality healthcare.” Therefore, AAPA believes protections must be in place for those vulnerable to discrimination, including LGBTQ+ patients. In 2018 and 2019, AAPA submitted comments to the Department of Health and Human Services stating our opposition to the removal of nondiscrimination provisions for transgender people and comments opposing broadening the scope of conscience objections.

During LGBTQ Pride Month, AAPA recognizes and celebrates the LGBTQ+ community, particularly the LGBTQ+ PA community and the LBGT PA Caucus, which is launching two new student leader fellowships in association with the African Heritage PA Caucus and PAs for Latino Health.

According to McDonald, “The purpose of these fellowships is for future leaders in medicine to reflect the communities they serve and to offset the cost of attending AAPA’s annual conference.”

The following resources are available for those PAs and PA students interested in learning more about LGBTQ+ health and how to use their role in healthcare to promote equity and justice.

Arkansas PAs Win a Seat on the Medical Board, Clinch Another Legislative Victory for PAs

DEI Commission Chair Active at Every Level of PA Leadership