Demand for PAs is growing and, with it, PA salaries. Most PAs already enjoy salaries in the six-figure range, with some of them earning as much as $138,000 or more in base salary. Still, it’s important to ask: What are the factors that affect PA salary? Some of the answers may surprise you.

1. Location, location, location…
If you’re flexible on where you want to live, you can easily tip the PA salary scale in your favor. Some areas are in greater need of physicians and PAs than others and are willing to pay top dollar to provide their citizens with necessary medical care.

But it’s not so cut and dry; the cost of living must be considered. When comparing salaries across the nation, a large salary figure can be tempting, but it’s important to consider compensation data in terms of cost-of-living as well. Some states or metro areas pay lower base salaries for PAs, but the cost-of-living is so low that you’ll get more bang for your buck.

Different localities within the same state often have very different costs of living as well — Arlington, Virginia, versus Richmond, for example. It important to take these complexities into consideration when considering the employment advantages in different locations.

2. Specialty
One of the major advantages for PAs is that it is relatively easy to change from one specialty to another without the need for new certification. In fact, nearly 50 percent of PAs change specialties during their careers. Given that specialties have widely ranging pay scales, one way to influence salary is to gain experience in a higher-paying specialty.

In general, emergency medicine and surgical subspecialties are high-paying specialties within the PA profession, while primary care (family medicine, general internal medicine, and general pediatrics) are some of the lower-paying major specialty areas. Within those categories, there can be wide variation.

*Based on specialties with more than 20 respondents nationally. 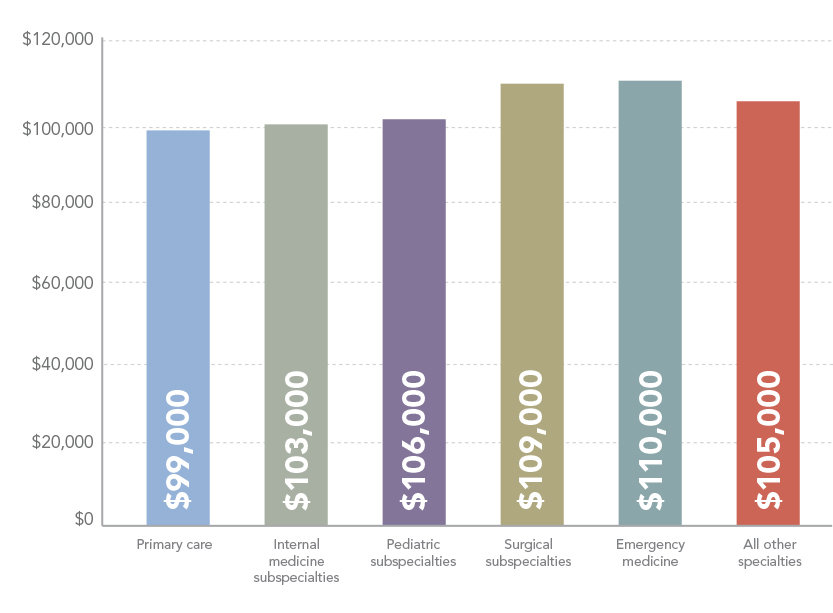 3. Employer type
Employer type affects PA salaries as well. The PAs with the highest salaries were self-employed or independent contractors, followed by PAs who work for an HMO. PAs who work for a Federally Qualified Health Center, physician practice, or single-specialty group practice reported the lowest median salaries. 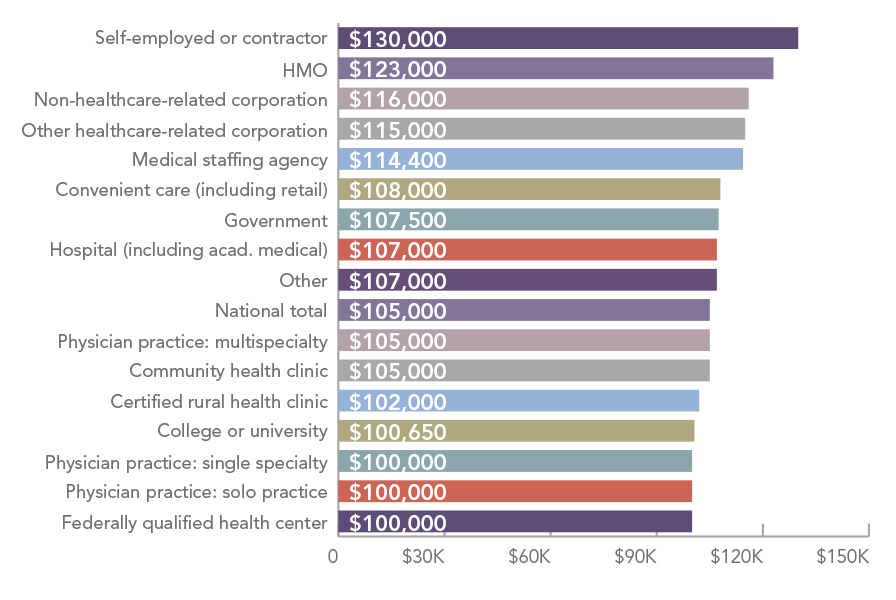 4. Work Setting
Finally, like employer type, where you work also tends to affect compensation. PAs working in occupational medicine, convenient care, or hospitals pull in a base salary substantially above the national median, while PAs working in a school or university, outpatient clinic or physician office, or a correctional facility pull in a base salary substantially below the national median. 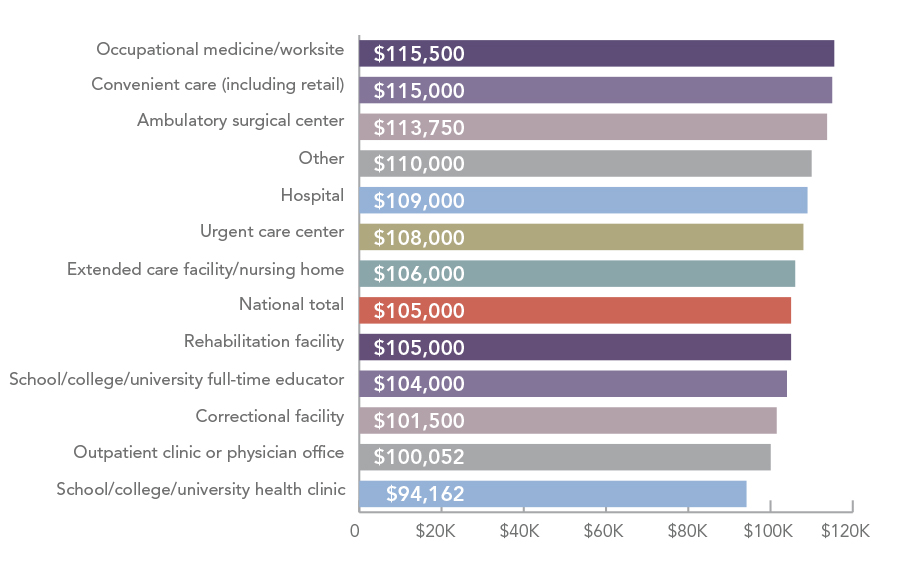 5. Locum tenens
Locum tenens is a particularly attractive option for PAs looking to earn more. Since many PAs tend to work fewer hours in a week (40 hours is the median) than their physician counterparts, they can pick up extra shifts through locum tenens when they’re off work from their regular job. (Note, some employment contracts do not allow this.) PAs can also take working vacations, accepting short-term locum tenens assignments while officially on vacation. The locums job pays for you to travel to and stay at the destination and will usually cover some of your family’s expenses such as lodging and rental car. PAs can also choose to work locum tenens full time, which often pays higher wages and provides benefits, while still paying for all travel and housing costs. This makes it a particularly lucrative option in areas where housing is expensive.

This article was originally published May 23, 2019, on the CompHealth.com blog.