Every year from October 6-12, we celebrate National PA Week, which recognizes the PA profession and its contributions to the nation’s health.

This week is also an opportunity to raise awareness and visibility of the profession. Before it was a weeklong event, National PA Day was first celebrated on October 6, 1987, in honor of the 20th anniversary of the first graduating class of PAs from the Duke University PA program. October 6 is also the birthday of the profession’s founder, Eugene A. Stead, Jr., MD.

It’s time to celebrate you! Every year from October 6-12, we celebrate PA Week, which recognizes the PA profession and its contributions to the nation’s health. PAs practice medicine in every setting and specialty. This #PAweek, let’s celebrate all that PAs do! 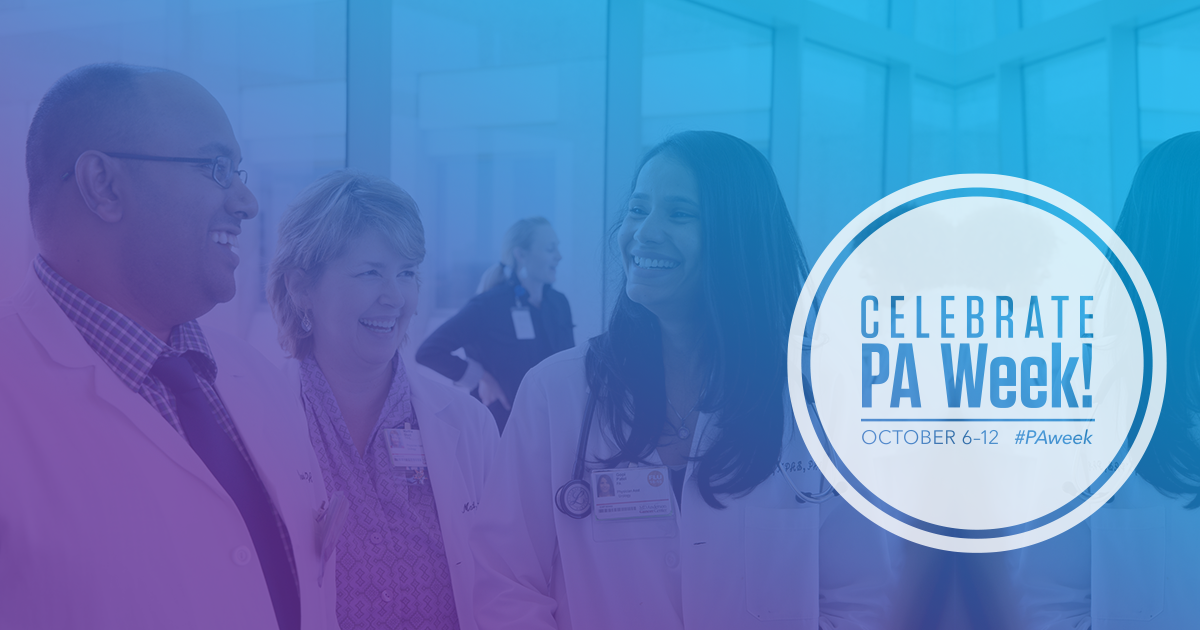 Help educate the public about PAs and get involved in your community. Sponsor a public health event or spearhead a charity fundraiser. PA students: make a plan to participate in community service during the annual PA Student Service Week!

Encourage your legislators to issue a PA Week Proclamation, then use our template press release to spread the word. Write an op-ed and send it to your local paper.

Share the “Your PA Can Handle It” video with your network, and think about joining your fellow PAs and PA students on Monday, October 7 for the annual PAs on the Plaza event outside of the “Today” show. 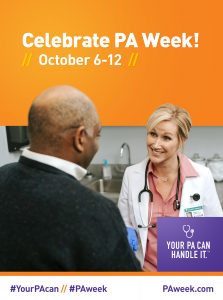 AAPA members can strengthen the PA voice on Capitol Hill by supporting the only federal healthcare PAC dedicated to advancing the PA profession.

Kick off PA Week this year with a donation to the PA Foundation! Support programs that empower PAs to improve patient care in the communities they serve. Even $10 makes a difference! Will you give during PA Week? Donate Now.